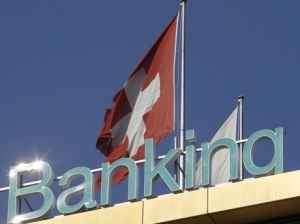 The proverbial plot (or Swiss fondue pot, as it were) thickens…

You may recall last week’s post detailing the indictment of a dual Swiss-US citizen on tax evasion and conspiracy charges, and the ominous news that said individual was cooperating with the US government in helping identify wealthy American citizens who were actively engaging in tax evasion by utilizing the heretofore sacred Swiss banking secrecy laws.

Well, Bloomberg is now reporting that US and Swiss negotiators have reached the outlines of a deal that will get the Feds off the back of Swiss banks who do business with Americans, and if you’re a wealthy US tax dodger, the news isn’t so wonderful:

“The accord will require banks making disclosures to describe fully how they enabled tax evasion, including third-party advisers and other professionals involved, the person said. They also must disclose information on an individual basis about U.S. clients with direct or indirect ownership of accounts, including their dollar values, the person said.”

I’m sure you, like us, will be waiting with bated breath to see what slithers out from under the rocks of the Swiss banks once they’re overturned. We’ll update as news becomes available.

See the full story at: http://www.bloomberg.com/news/2013-08-28/u-s-swiss-said-to-reach-deal-in-offshore-tax-probe.html